The Princess and the Crown

{Today I'm joining in with the community of sojourning ladies over at Velvet Ashes, writing on this week's prompt: Story…} 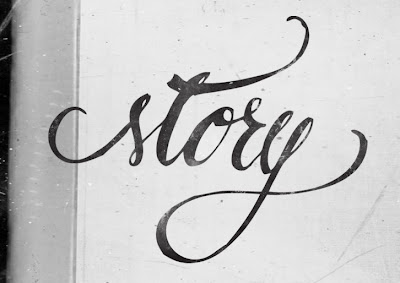 Once upon a time… (aren’t those lovely, magical, anything-can-happen words?)

Once upon a time, there was a princess.

But she wasn’t always a princess.  She was born the daughter of humble peasants, and they lived in a small cottage and kept chickens.

Now, the king of that land had a heart as wide as the sky.  One of the things his big heart loved to do was adopt children.  He didn’t care if they already had parents of their own; he adopted them anyway, so that he could care for them and honor them and bless them just like he did for his own son, the prince.  He knew there was a difference between ruling over people and fathering them, and he loved being a father.

When the king wanted to adopt another child, he sent his firstborn son, the prince, to tell them the good news: that they had become a prince or princess too.  The king’s son took immense delight in ranging far and wide over his father’s kingdom, delivering his father’s messages.

One day, our princess (who didn’t yet know she was a princess) was outside feeding the chickens.  She tossed grain to them and hummed a little song to herself, because the sky was blue and the air smelled sweet.  She was about six years old, and she wore a ragged peasant dress and had bare feet.  Her long brown hair fell loose down her back.

Suddenly, at the edge of yard, leaning on the fence, she noticed a most remarkable person.  He was tall, broad-shouldered, and dressed in peasant garb like herself.  He wore a jaunty cap on his head, and when he saw her looking at him, a broad smile spread over his face.  She liked him at once.

“I’m the prince,” he answered.  She believed him without question; she was only six years old, and miracles happened every day.

“It’s nice to meet you,” she said politely, dropping a quaint little curtsy in her peasant rags.  His grin broadened.  She could tell he liked her too.

“I have something to tell you,” he said.  He beckoned her over to the fence.  She quickly threw the rest of the grain to her chickens, and came over to where he was.

“It’s a secret,” he said, “so I shall have to whisper in your ear.”  Obligingly, she stood on tiptoe, and the prince leaned down over the fence rail and whispered something into her small ear.

Her face brightened immediately, and she pulled back and gazed up into his face to see whether he was telling the truth.  He gazed solemnly down at her, his brown eyes twinkling.  “It’s true,” he said.  “From this day on.”

She flashed him the brightest of smiles.  Hopping onto the bottom rail of the fence, she stretched up to plant a kiss on his cheek.  Then she skipped off across the yard, glancing back and waving her hand before she disappeared into the house.

The prince watched her go, a smile still on his face.  Then, whistling, he sauntered off up the lane, hands in his pockets.  He had more houses to visit that day.

The little girl with the wonderful secret in her heart grew up.  She married a good man and gave birth to three beautiful children of her own.  Sometimes she remembered the truth of what the prince told her that day, and sometimes she forgot.  On days when she remembered, she walked with a beautiful grace and was polite and kind and gracious, no matter how tired she felt.  On days when she forgot, she grumbled at every inconvenience and was rude and unkind and impatient.

One day, the prince returned.  The little-girl-grown-up was inside her house, washing the dishes.  She and her husband still lived in the same cottage; they built a little hut next door for her aging parents, and that afternoon her three children were playing at their grandparents’ house.

She was feeling especially tired; the baby had been up in the night teething, and her two sons had struggled to play kindly all morning.  She was tired of breaking up fights, tired of holding a fussy baby, tired of dishes - just tired.

Suddenly, there was a knock at her door.

“Come in,” she called, sighing a little inside.  She had been hoping for a quiet cup of tea all by herself with her book.  She dried her hands on the tea towel, and went to open the door.

There stood the prince.

“Hello,” he said cheerfully, the same old twinkle in his eye.

“Hello,” she replied, a little flustered.

The woman opened the door wider and gestured into their humble living room.  “Of course,” she said, “but I haven’t much to offer you.”

“It’s nice to see you, too,” said the woman, thinking how handsome he still was.  He didn’t look like he had aged a single day.  Staring at him, she forgot her manners, until he said, gently, “I wouldn’t mind a cup of tea, if you have some…”

“Oh!  Oh, yes, of course,” the woman went quickly to the stove, where the kettle had just begun to boil.  She reached another mug down from the shelf, placed it next to her own, and poured out two cups of tea.

Handing him a steaming mug, she sat down across the table from him, and they looked at one another in silence for a moment.

“I’m sorry, Your Majesty,” the woman finally blurted out.  “I just can’t seem to keep remembering what you told me all those years ago - I have trouble believing what you said is, well, is really true.”

“You believed me back then,” the prince said, mildly.  “What happened?”

“Well, I grew up, I suppose,” the woman replied.  “And… life happened, I guess.  It’s just that I don’t feel any different, and my life is just the same as it was before I knew - before you told me, that is.”

“I brought something for you,” said the prince.  “I’ve been waiting for just the right moment.”  He reached into his satchel and pulled out something that sparkled in the sunlight.  The woman’s eyes widened.  The prince set the beautiful thing on the table between them.

“I - I don’t know what to say,” she stammered feebly, staring at the delicate golden circlet set with precious gems.  She loved beauty.  All her life she had dreamed of owning such a lovely thing, but they never had money for anything extra.

“This is a very special crown,” the prince said gently.  The woman raised her eyes from the circlet to his face.   He picked it up, and said, “May I?”

The woman flushed a rosy pink, but she lowered her head and leaned forward slightly.  The prince set the circlet on her shining brown hair.  Then he took one hand, and raised her chin so their eyes met.  The woman’s eyes filled with tears.  She could feel the beautiful crown resting lightly on her head.

“Only you will be able to see this crown,” the prince said to her earnestly.  “You will feel it resting on your head, and when you look in the mirror you will see it glimmering there, but it is only visible to you.”

The woman reached up her hand, and carefully touched the smooth gold with her fingers.  Her face bore a look of wonder.  She rose from the table, and walked into the bedroom, where there was the only mirror in the house.  Looking into it, she saw a still-youngish woman with tired eyes gazing back at her.  A sparkling golden crown rested on her head.   At the sight, her tears began to overflow, and trickled slowly down her cheeks.  She reached up again, as if to make sure it was really there.

After a long moment, she returned to the table and sat down again opposite the prince.  He was looking at her quietly, a small smile playing around the corners of his mouth.  He reached across the table and covered both her hands with his.

“Never forget,” he said, looking into her eyes.  “You are a princess.  You are a daughter of the king.  You are loved, and you are cherished.  Live each day like that is true.  Never forget who you are.”

She nodded, gazing at the prince, not trusting herself to speak.  He held her eyes, and her hands, for one more moment, and then he rose.

At the doorway, he turned and smiled at her.  “That means you’re my sister, you know,” he said, his smile broadening to a grin.  “See ya round, sis.”

And he was gone.