ok, you can all breathe a sigh of relief {Part 2 of our stray dog dilemma}

So, all 100 of you (!) who read yesterday’s post and gasped in horror can breathe a big collective sigh of relief:

I climbed down into the manhole this morning, at 6:30am, to rescue that poor shivering pup.

Yes, I did.  I got soaking wet, since there was a pump down there spraying water, but wet jeans were nothing compared to how miserable the dog looked.  My main fear was that he (she? I haven’t gotten a good look yet) would snap at my feet as I came down the ladder, but nary a whimper.  Not a single peep.  He just laid back his ears and looked up at me.

I may or may not have said, in a rather loud voice, while gingerly climbing backwards down the ladder of a manhole in Post-Soviet Central Asia, “Jesus, I cannot believe you did this for us.  And now I’m doing it for a dog!”

Wearing cloth gloves, I picked up the dog and carried him awkwardly back up the ladder with me, talking to him all the time, and we reached ground level in safety.  I wrapped him in an old towel I’d brought with me, carried him the 10 meters back to our gate, and deposited him gently in the big old doghouse just inside our yard.

(The owners of this house used to keep a huge, ferocious, terrifying Rottweiler to discourage break-ins.  The entire street, especially the kids, used to be terrified to even walk past this house.  It’s a good thing we’re the last house on the street.)

Yes, we have lived in this house with a ready-made dog kennel for three years and don’t yet own a dog… But here I need to say a brief word about me and animals: The largest pet I’ve ever owned is a hamster, and while I was sad when I found poor Clyde stiff and cold in his cage, and shed a few tears as I buried in the backyard with a popsicle-stick cross, I have to say that losing Clyde did not break my heart.

I did not grow up on a farm like my husband, who laughed at me on one of our early dates for meticulously avoiding piles of animal poop as we walked down a rural dirt road.  “It’s poop!” I exclaimed.  “I don’t want to step in it!”

And now, I have a real, live dog temporarily living in my yard.  (I say temporarily because I really have no idea what’s going to happen next.)

I have zero practice feeding dogs, interpreting their body language (ok, most of it’s pretty common sense), dealing with things like fleas and worms and vaccinations, and especially no practice dealing with any of that in a barely-one-step-up-from-a-third-world country.

So you could say I’m pretty overwhelmed by the whole situation.  Granted, so far the first day has gone relatively peacefully - no snapping or growling when we’ve fed him/her, and even some feeble attempts to show it wants to please.

By far the best moment so far, however, was my conversation with the scrawny little neighbor boy who spends half the day at our house almost every day (who’s actually here with me right now on the front steps as I type this, telling me a story lickety-split about a dog they had once who they fed and fed until it got really big, and then someone stole it, or it went into someone else’s yard and they never saw it again…)

This little boy turned up at our gate around 8am this morning, and when we showed him the dog in the kennel he asked if it had snuck back into our yard.  (He’d helped fill in the hole with rocks yesterday but missed the drama with the manhole in the afternoon.)

“No,” I said, “the dog got thrown down the manhole (didn’t know that word, had to pantomime) over there.  I couldn’t stand the thought of it being in there, so I climbed down this morning and…” I hesitated, trying to think of the right word.  Suddenly it popped into my head:

(Literally: I managed to cause it to be saved.)

It’s exactly same word we use when describing what Jesus did for us.

(Okay, go ahead and get all teary now.  It is just a dog, remember, not a person; I have a whole other post brewing about that topic… watch this space!)

P.S. The kids have done really well with the whole thing.  William looked relieved this morning at breakfast when I announced I'd retrieved the dog out of the manhole.  "It just wasn't right," I said, and he nodded.  "I TOLD those boys not to throw it down there, but they didn't listen to me," he said.  All three kids helped me bring it food and water, and have checked back in periodically all day to see how it's doing.  So... object lesson in progress! 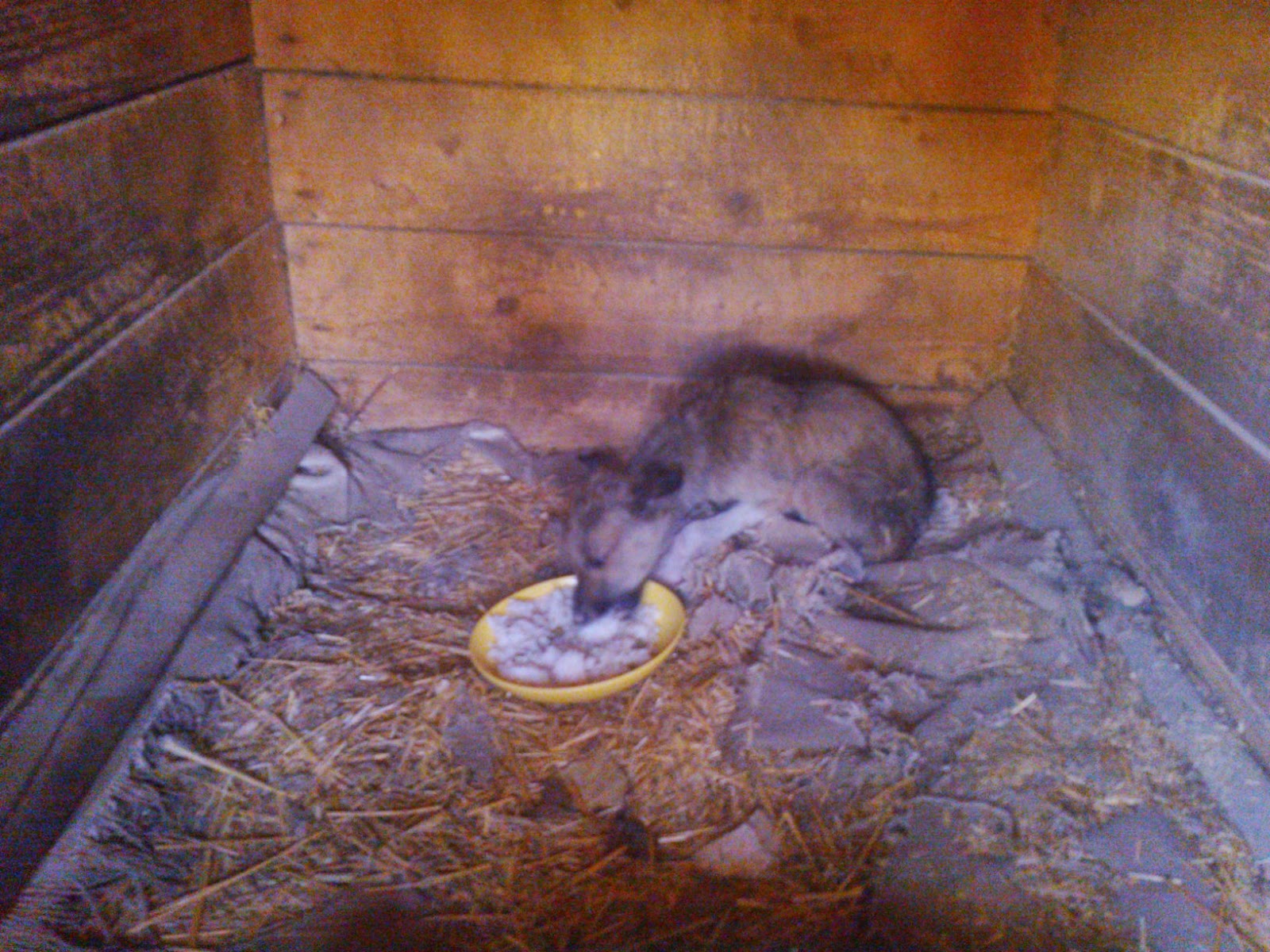 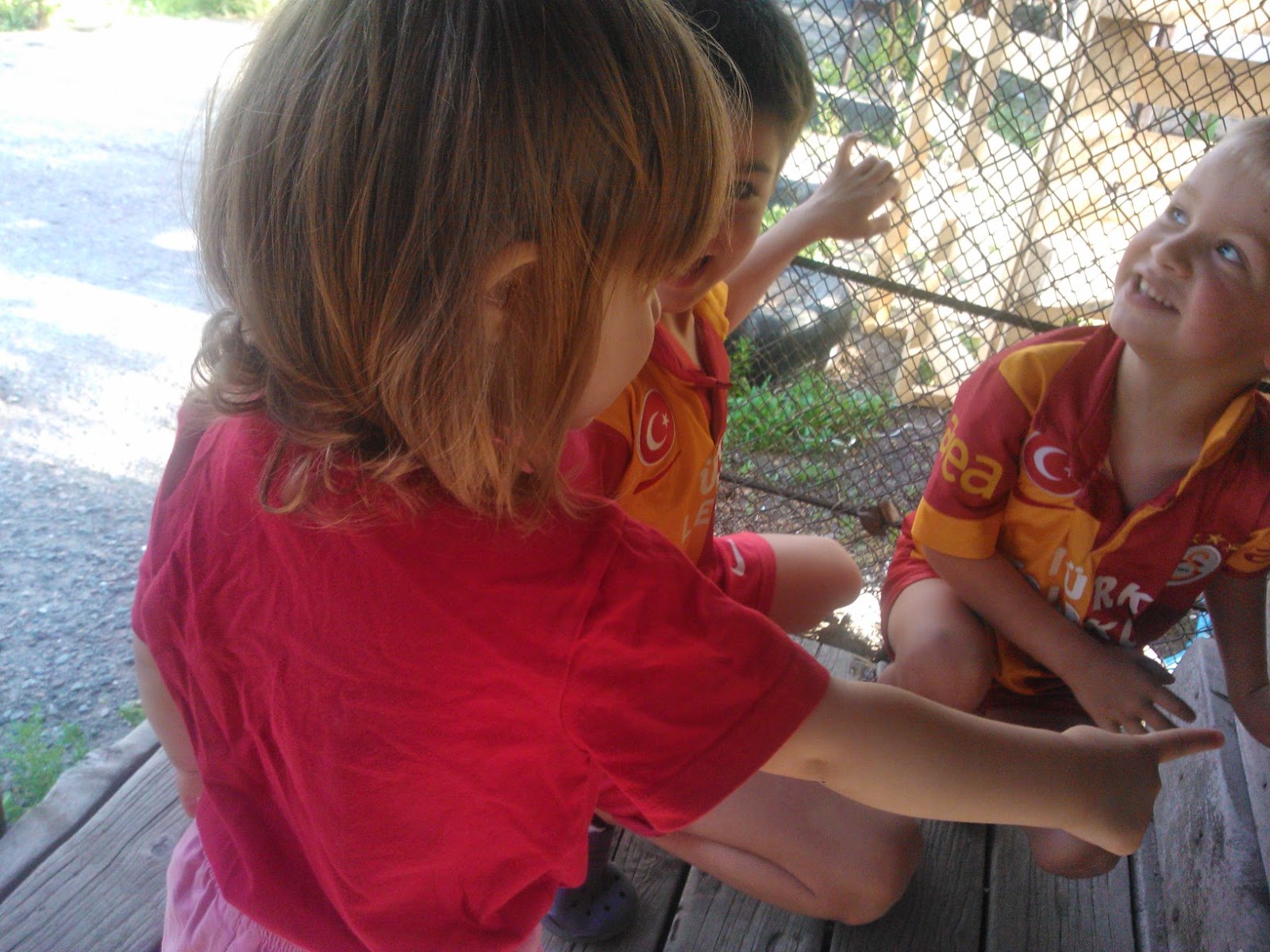