first lessons in listening: a letter to myself

{My One Word for 2014 is starting off with a wham!  Today I’m sharing two insights from my first week of active listening.  I’m also joining up with The Grove over at Velvet Ashes on the prompt “A Letter to Self” - making this essay a letter to the parts of me that stand in the way of living out the word “listen”…}

I know you love reading other people’s words, and I know you just bought Lisa McKay’s riveting page-turner of a memoir, and it. is. so. good.  You’ve had your Kindle stuck to your face all afternoon, letting kids and house go unheeded.

I also know that when you’re enjoying something, you have this incurable and nearly unstoppable desire to share your joy with someone - anyone, really, who’s breathing and within earshot.  Today the hapless recipient happened to be your sweet, patient husband - who, just because he was in the same room, was subjected to long chunks of Love at the Speed of Email... 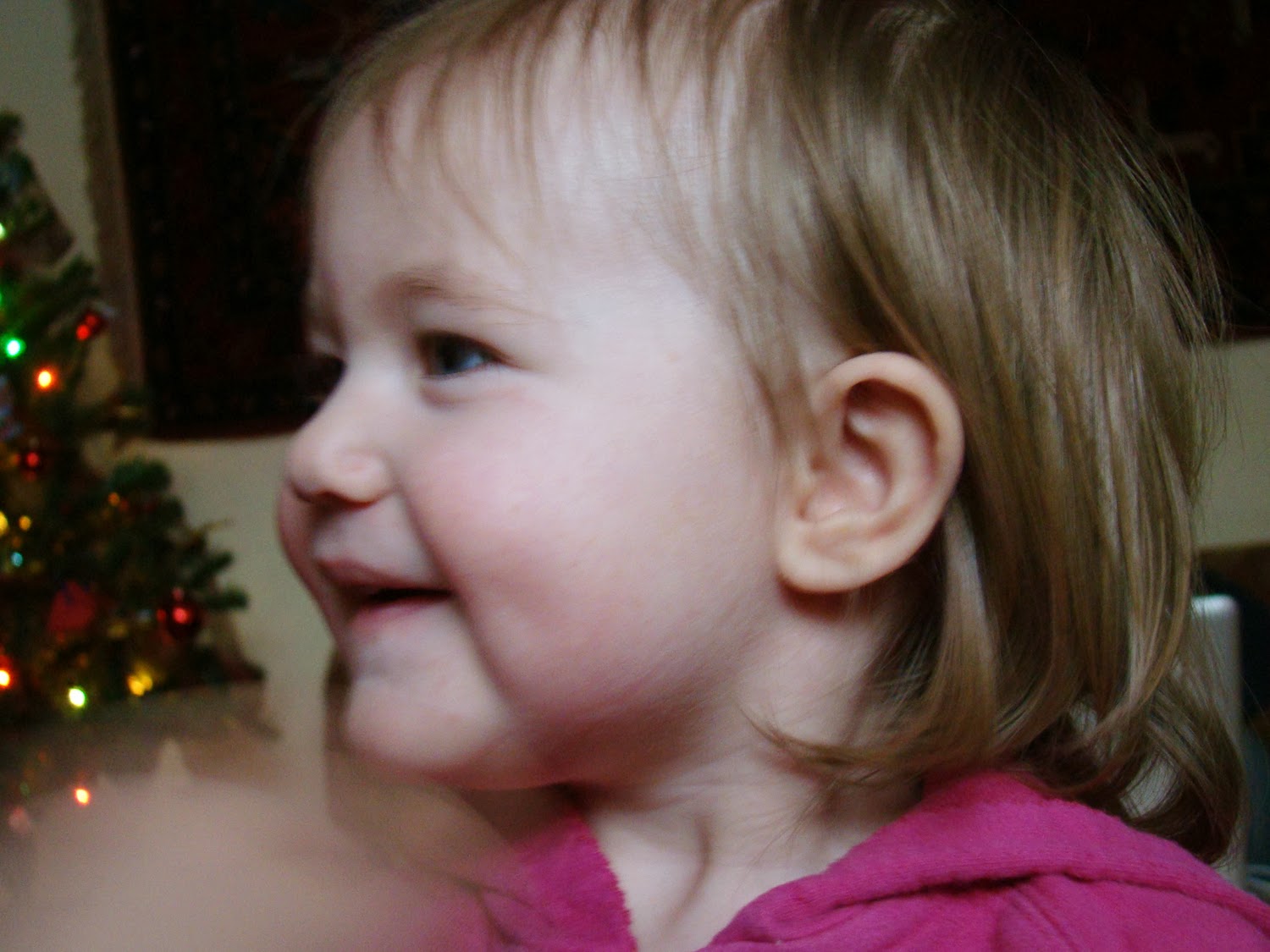 Now, here’s Listening Realization #1: At the few excerpts that did spark some conversation, you had to consciously stop yourself from cutting him off barely one sentence into his comment, because you were so eager to share your own insight or opinion.  (Ouch!)  You missed what could have turned into a valuable opportunity to discover something new about your husband (quite possibly the most important person in your life), because you were so caught up in the pleasure of sharing.

Instead of listening to him, you made him your listener.  Shouldn’t it have been the other way round?

You know, my dear, the saddest part was that he never commented on your behavior and doesn’t even seem put out - the way you would certainly feel if someone had bent your ear for paragraphs and then not paused to let you react or comment!  Doesn’t this fact make you uncomfortably aware that you probably do this often, so much that he’s become used to it?  And… doesn’t that make you a bit sad?

Well, good thing you’ve only been living your word for one week!  Good thing you still have 51 weeks to go, and good thing realization is the first step towards change! 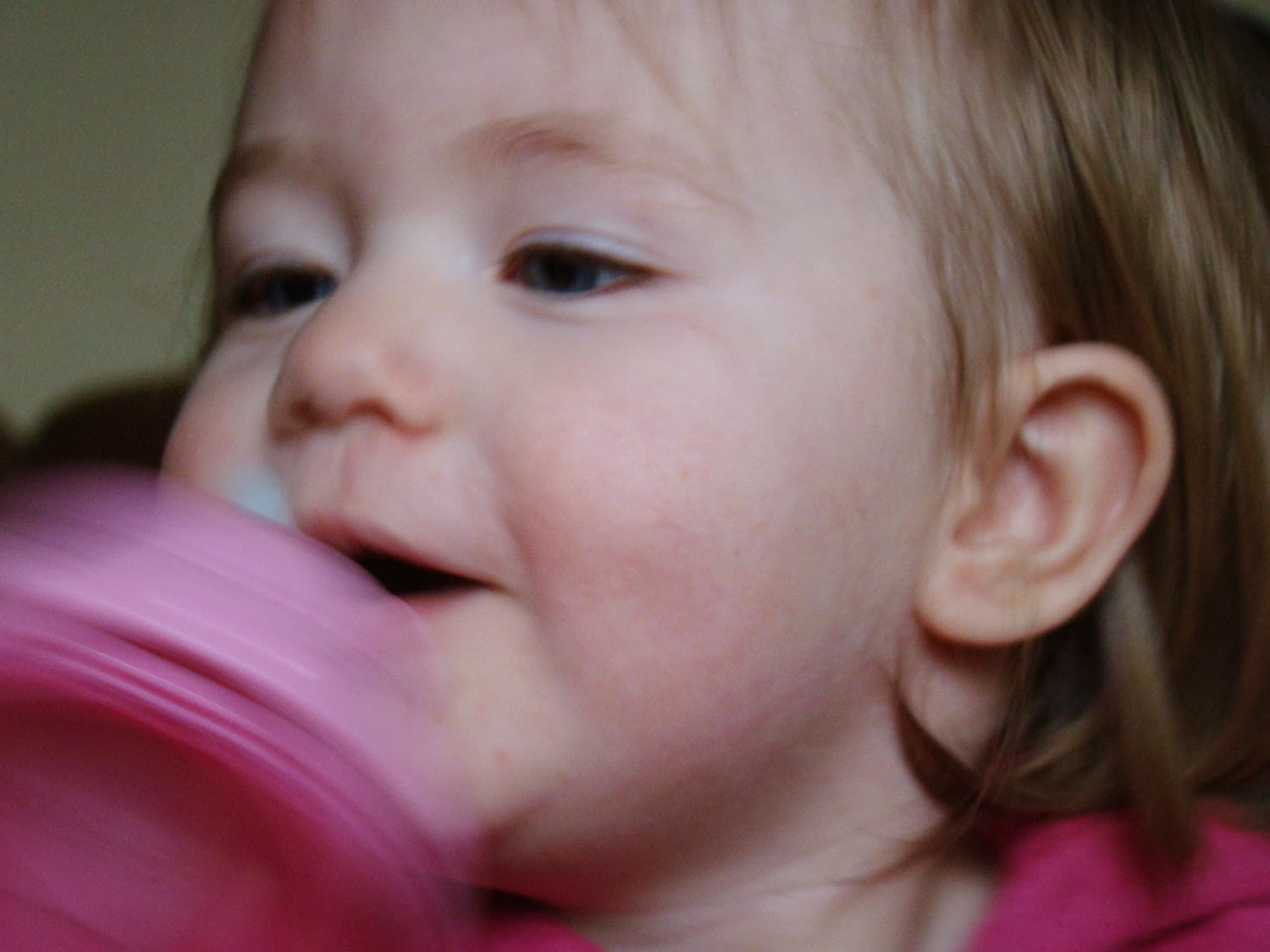 Moving on to Realization #2…

After dinner, you were about to pick up your Kindle again (leaving the dishes in the sink), and I know you distinctly heard the Holy Spirit say, Put down your book and focus on your daughter until bedtime.

Now, here’s the scary thing: you actually found yourself seriously considering ignoring Him.  No joke.  I was there, remember?  You even checked your phone to see how long there was until bedtime, thinking frantically, If it’s half an hour, I just can’t wait that long… and you actually felt relieved when you discovered there were only ten minutes left until jammy-time!

In those next ten minutes, while you dutifully played with your sweet, adorable daughter, you felt the urge to pick up your Kindle no less than three times, and each time (thankfully!) came the Holy Spirit’s counter-command: Resist.  Don’t touch it.  Follow through.

With diaper on, sleeper zipped and teeth brushed, you sent her toddling off to bestow goodnight kisses on the three men in her life.  And while she was gone you actually found yourself back in her room, picking up your Kindle - almost unconsciously.  (You carried it in there with you to put on her jammies - why in the world?  You weren’t seriously thinking you could read and wipe her bottom at the same time, were you?)

When she came back from giving kisses, she wanted to play peekaboo, a game which she loves and which you hadn’t played all day.  You indulged her for all of about 5 peekaboos and then you scooped her up and sat down in the rocking chair for story-time, still thinking of your book.

It wasn’t until you had been watching her push buttons up and down one of her board books for a minute or two that a “random” thought pushed its way into your brain: My husband told me three days ago that the father of one of my childhood friends is dying.

And during the excitement of New Year’s, you realized you had forgotten to follow up.

It took those scant twenty minutes away from your Kindle to create that little bit of distance necessary to “de-book” your thoughts enough for you to hear clearly. 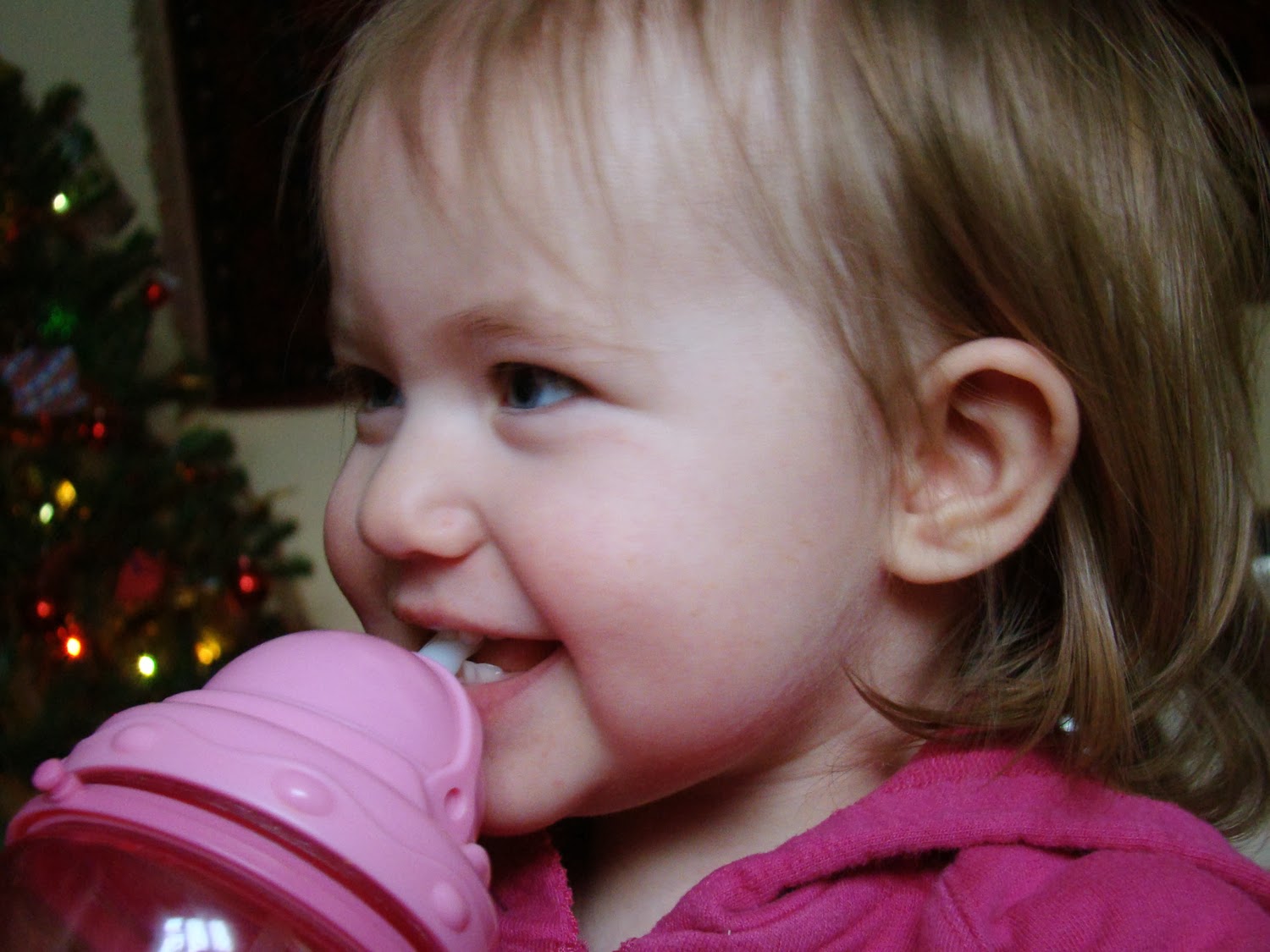 You knew it was the Holy Spirit pricking your God-given conscience after dinner to focus on her.  And yet you seriously considered not doing what you knew was the right thing - what God Himself told you to do - in favor of feeding your insatiable appetite for a good story!  Does that scare you? Because it scares me a little.

Just listening isn’t enough, you know.  You are responsible for your response to what you hear.

And, allowing yourself to get so wrapped up in Lisa's story drove everything else out of your head, including the fact that God wanted to remind you to connect with your friend and ask about her father.

Now, don’t get me wrong - reading books is all well and good.  In fact, it’s one of the healthiest things you can do for your mind - in moderation.  But if the voice of a book - even a great book - drowns out God’s still small voice, it has become an idol.

You can’t hear what’s truly important if your ears are too full of other voices.

So, self!  Welcome to this new year!  Looks like it’s going to be a year of transparency, clarity and a lot of honest reflection.  Hopefully your ears will surprise you with their ability to pick up things you may have missed, tune in to the quieter voices, and pay close attention to that Still Small Voice that has all the comfort and direction you need… 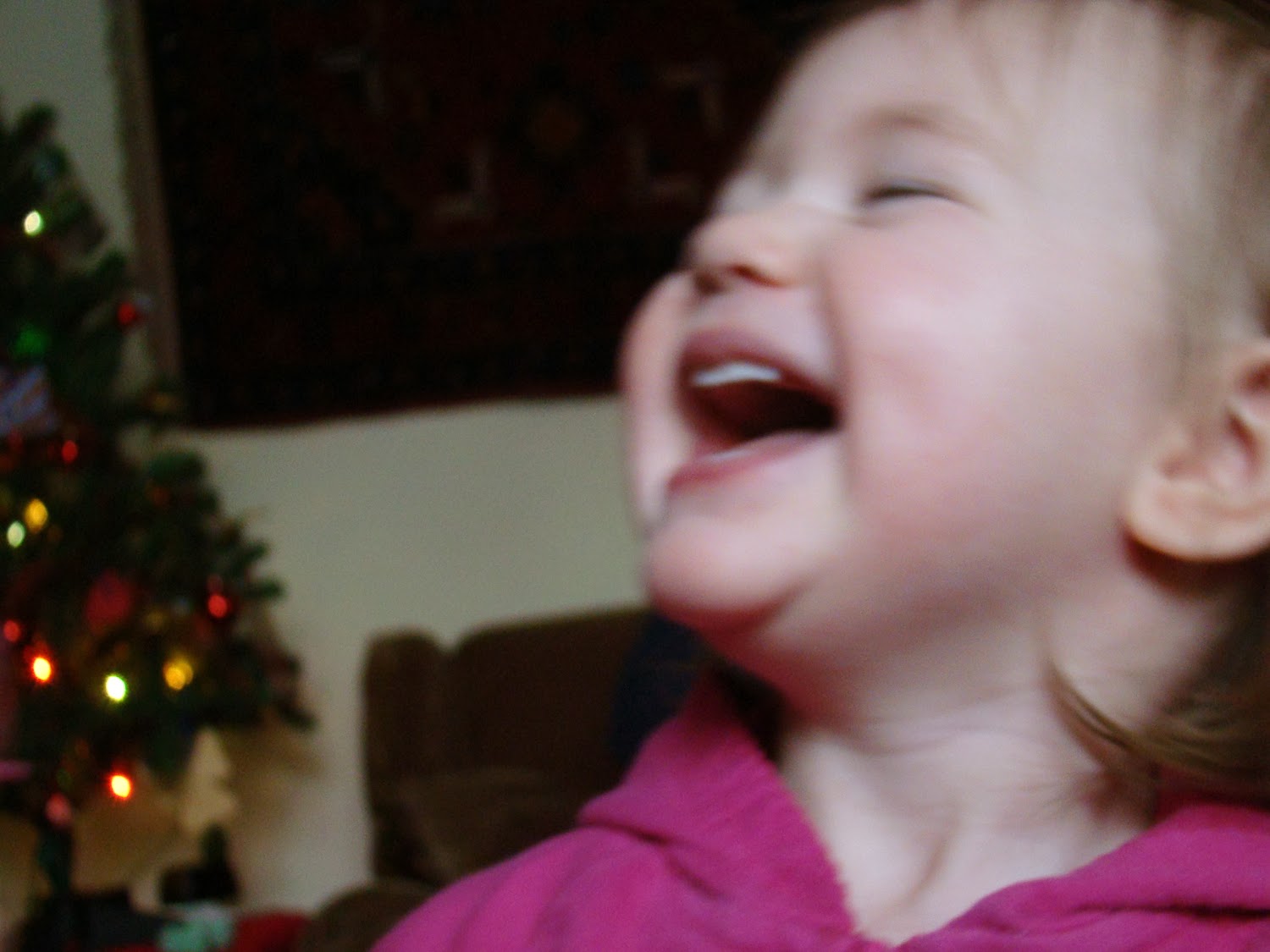 {If you haven't figured it out, I highly recommend Lisa McKay's memoir Love at the Speed of Email… Once I started, I couldn't put it down for two days until I finished, it was that good.  I think you will especially resonate with LIsa if you're currently living overseas or have in the past, but her writing is so down to earth that any reader will enjoy her succinct, funny, poignant descriptions of traveling, cross-cultural adjustment, reverse culture shock, long-distance relationships, and the ultimate question everyone faces eventually - how to define "home"?  And no, no one paid me to write this review!}